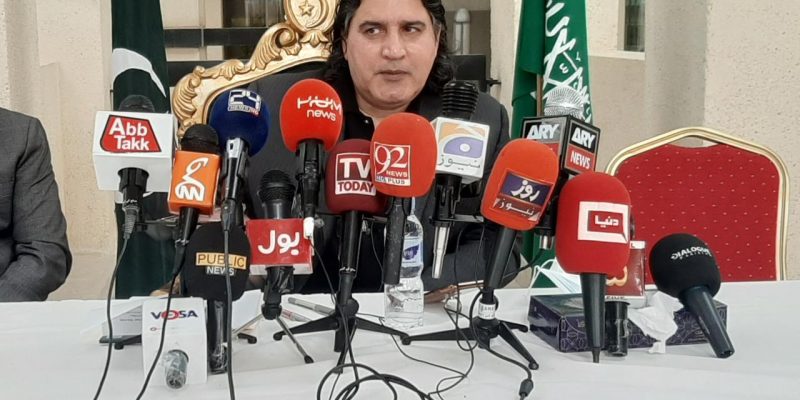 Waqar Naseem Wamiq, Riyadh – In order to highlight the importance of “Right to Self-Determination Day”, the Embassy of Pakistan arranged a Media Briefing on 7th January 2021.

The objective was to sensitize the International Community about the historic Resolution adopted by UN Commission for India and Pakistan (UNCIP), on 5th January 1949, which enshrines the Right to Self-determination to Kashmiri people.

The Resolution underscores that the question of accession of State of Jammu and Kashmir will be decided through a free, fair and impartial plebiscite under the UN auspices.

The Ambassador Raja Ali Ejaz, while briefing the Media personnel paid a rich tribute to the sacrifices rendered by the Kashmiri people in their struggle for the right to self-determination. He highlighted the grave human rights situation in Indian Illegally Occupied Jammu and Kashmir (IIOJ&K).

The Ambassador called upon India to stop brutalizing the innocent Kashmiris who were suffering under its illegal occupation for the last seven decades.

He demanded that India should immediately end its military siege, reverse its policy of demographic change, remove draconian laws, restore basic human rights, free all detainees, lift all restrictions on the free movement and communications, and allow full access to the UN and other international human rights observers and fact-finding missions, including independent foreign media representatives, to witness the on-ground situation.

The Ambassador strongly condemned India’s brazen violations of UN Security Council’s resolutions, and called for immediate intervention of the international community for putting an end to state repression and holding of a fair and impartial plebiscite to determine will of Kashmiri people in accordance with UN Security Council resolutions.

The Ambassador noted that the world is slowly recognizing the extremist nature of the present Indian Government and their continued oppression against the Kashmiris. He underlined that Government of Pakistan has decided to pursue an aggressive political and diplomatic policy to resolve the Kashmir dispute.

He stressed that Pakistan’s government and its people remain fully committed to the Kashmir cause. Pakistan would always remain the voice of conscience in the world for the rights of Kashmiri brothers and sisters and Kashmir cause will come to fruition.

The Ambassador reiterated Pakistan’s commitment to extend its political, moral, and diplomatic support to the oppressed people of Indian Illegally Occupied Jammu and Kashmir in their legitimate struggle for the right to self-determination.

Eid Ul Fitr 2021: Saudi Arabia announced an update regarding the Crescent of Shawwal