5 Most Unexpected Experiences in Saudi Arabia

5 Most Unexpected Experiences in Saudi Arabia. If there’s anything called a positive culture shock, this article is all about it.

Being on the cusp of cultural transition and diversifying the country’s previously oil-based economy, there has been a strong focus on identifying and restoring historically significant locations, promoting traditional and contemporary art, and loosening the otherwise stringent social norms.

Having lived in the Kingdom for nearly 3 years, I can proudly say that I have been part of history in the making! Below are some experiences that are not only groundbreaking for an otherwise conservative culture, but also, stand as benchmark worthy developments in the history of the Gulf region.

In December 2021, Saudi Arabia hosted the second edition of the biggest EDM concert called MDL Beast Soundstorm on the outskirts of Riyadh. More than half a million people attended this four-day multi-genre music, art, and culture festival, making it the largest music festival in the world! It played host to a spectacular lineup of some of the world’s celebrated musicians and DJs like David Guetta, Afrojack, DJ Tiesto, The Chainsmokers, Armin Van Buuren, DJ Snake, Benny Benassi, Arab singers like Amr Diab and Tamer Hosny, among hundred others. Again, a giant leap in the cultural transformation and openness in accepting diverse forms of entertainment.

Contemporary art galleries are thriving in the capital city of Riyadh, showcasing several modern artworks by Saudi and international artists.

There has also been a boost in grants and residency programs encouraging expression through modern art. MISK Art Institute (established by the Crown Prince Mohammad Bin Salman) recently hosted an Art week displaying several intriguing works by young international and local artists. A culturally surprising change given that representing any form of the human figure was considered taboo (haraam in Arabic) until quite recently.

Riyadh Boulevard, a set-up offering a variety of entertainment including cafes, fine dining by the fountain, cinema theater, a ski rink, live music, football club lounges, carnival with several interactive stalls and games, you name it! An extravagant NYC-style LED display with bright lights and peppy music welcomes you at the entrance as you stroll past a plethora of ‘concept stores’ (another upcoming trend).

One of the most gripping experiences at the Boulevard has been watching the classic Cirque Du Soleil – Messi 10. A Canadian entertainment group and the world’s biggest contemporary circus producer left the Saudi audience exhilarated with their acrobatic stunts, dance moves, and a cleverly woven story dedicated to the Argentine footballer, Lionel Messi. So much so that the Saudi lady next to me couldn’t resist whistling away!

Another fun experience was teaming up, winning challenges, and finding my way through the Crystal Maze (remember the popular 90s British show hosted by Richard O’Brien? Every 90s kid in Saudi Arabia would know of it).

In January’22 I attended the Saudi Design Festival (SDF), the first of its kind festival in the Middle East hosted by the Architecture and Design Commission of Saudi Arabia. It aimed at bringing together a multidisciplinary group of creatives to connect, reimagine and build the future of design in the Kingdom. With interesting pavilions, studios, and kiosks hosted by upcoming designers, I couldn’t help but notice the immense pool of talent the country has to offer. What stood out the most were a 100-poster installation by MISK Art Institute and a Zero Waste product studio by Quby.

Probably the last thing I’d have imagined was singing away to ABBA’s Mamma Mia in a cozy lounge while boarding my flight to Riyadh three years ago! So much so that when a friend invited me for a little girls’ night in the heart of Riyadh, I simply refused to believe her.

Founded by a Saudi musician duo, Syrup Lounge hosts several karaoke and game nights, jamming sessions, open mics, and even Cosplay/Comicon events throughout the week. Another cultural surprise gave that it was not common to have a room full of the mix-gendered audiences a few years ago, to a room full of young Saudi millennials and GenZs cheering on amateur singers.

Here’s a bonus experience: I planned a weekend Jeddah trip in late November 2021 when the city was gearing up to host F1 Grand Prix. Little did I expect to be welcomed by this beauty at the new Jeddah International airport arrivals. Hope this article leaves you a tiny bit surprised by the Kingdom’s giant steps towards becoming a global economic and touristic hub. 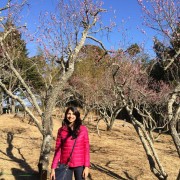 Palavi Kele
Palavi Kele is an Intercultural Consultant by profession, an avid traveler, and a postcard collector. She is passionate about bridging cultures through her training sessions on Living and Working in Saudi Arabia curated for expatriates and their families. Having lived in the Kingdom for 3 years, she has experienced the cultural transformation firsthand. Her articles focus on shaking stereotypes associated with the Saudi culture and sharing personal experiences through her female expat lens.

Hayya Card For Free entry into the KSA, UAE, and Oman & for Umrah